Vector data is not made up of a grid of pixels. Instead, vector graphics are comprised of vertices and paths. The three basic symbol types for vector data are points, lines and polygons (areas). Because cartographers use these symbols to represent real-world features in maps, they often have to decide based on the level of detail in the map. 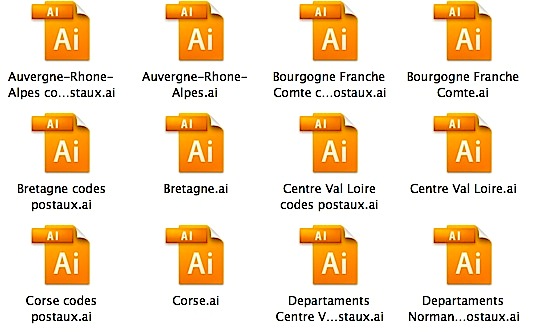 The deal combines two well-known brand names in software at a time when both are facing increasing competition from Microsoft in the market for electronic document management program. Some years later Freehand was not updated, and we had to change to Illustrator.

Once a map is paid we will send you our vector map:

-- via direct email and
-- a copy via Wetransfer

Delivery is usual in minutes from your order, but it can takes some hours in weekend.